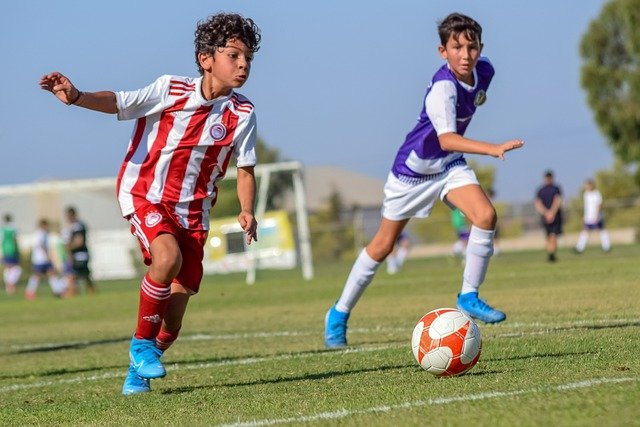 I barely watch my students play with their soccer club because I am focused on developing their mechanical, technical, and fitness skills individually. Indeed, soccer players committed to my one-on-one program are always the best player or in their teams’ top three players. The reason for this is because, in my personal training sessions, we are always preparing for what might happen in a football match, so he/she must master the basics first and then move onto more complex techniques.

Playing matches is important, but I already know what the players can do by testing and measuring their skills individually. If there is a deficiency somewhere in any area, we focus on it, continually improving the player’s capabilities. Therefore, during a match, players are much better at finding solutions and executing their skills precisely when required under due pressure. After that, it’s the Club’s coach’s responsibility to detect her/his player’s full potential and apply it in the team’ environment.

As a player’s development specialist, I have found that even professional footballers surprisingly still lack mechanical, technical, and physical skills. Some may be deficient in one area and need to improve some of their basic skills, but their ego seems to interfere, or the Club or agent does not deem it essential. Of course, when you earn millions of dollars or pounds, it gives you the perception that they know precisely what they are doing. Well, I am here to tell you that it is not always the case. Many are, unfortunately, unaware of what errors they are making and, most importantly, how they can fix them.

How can I, as a coach, be so sure that if I train players individually and give them specific work to do on their own, they will be among the best players in their soccer club?

Well, I strongly believe that team training is important, but individual training is critical. Indeed, after almost 20 years of coaching youth and professional footballers, I have all the facts (study cases) to say that the most efficient way to develop a player is by analysing his/her skills individually and then structure a personalised program to execute them flawlessly. It involves an enormous amount of repetition to create the correct technique and mechanical movements with instant feedback from the coach. If this does not happen, the probability of errors made is exceptionally high, especially under pressure. No wonder why “Repetition is the mother of skill.”

As a player’s development specialist, I decided to focus more on one-on-one coaching to develop the player than team coaching. Even though I did coach two junior teams, under 11’s and 13’s, who finished 3rd last before I got there, and after working with them the following year, they both ended 3rds. Therefore, it was a successful year compared to the previous one. Then I stopped to coach teams to concentrate on personal training because I realized that real development could only excel through the individual.

Over the years, I have trained players that sometimes I have even forgotten about, but then later, I get the news that they are playing overseas in a Club or have made their respective National Teams. It is a beautiful feeling, and I am incredibly grateful to help people live their dreams.

One of the areas that we focus on predominantly is shooting because this skill alone transfers into other aspects of the game such as crossing, long balls, accurate passing etc. I have developed training methodologies that can train more than one element at a time. Therefore, it is beneficial because it can prevent over-training and minimize potential injuries.

I coached Carli Lloyd individually to improve her finishing skills, but not in a team environment, and later on, she ended up scoring the winning goals in the World Cup and Olympic Games. Indeed, she became the best woman’s player in the World twice.

I never coached the two brothers, Haris and George(Stamboulidis brothers), in their soccer clubs. However, I coached them individually, and they still made their youth national teams in Greece and Australia.

The success formula is simple: teaching the players individually the right technique required for scoring goals makes your players the best of their teams. Indeed, to score more goals, you must acquire more skills. You must practice with both feet accordingly, which engages both sides of the brain, giving you not 100% but 200% chances of scoring and finding solutions, so it makes you more efficient!. I am certainly not saying that you should not learn skills like defending, tactics, and possession. The only tricky part is synchronizing the biomechanics with the technical skills, which is the secret. The Coca-Cola recipe of football’ technique sits in a vault, but I am happy to share it with the World. I have seen it, lived it, and know that if you want to win a soccer game, you must learn to score goals no matter what position you play in your soccer club.

Read this one👉 Self-Esteem, The Critical Component For Youth Development In Football