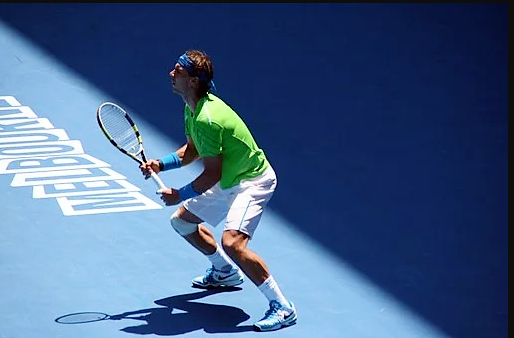 Yesterday, it was the first round of the Australian Tennis Open 2021, so I decided to watch one of the world’s best players ever to play in, Rafael Nadal. Although I am a tennis fan, I usually watched the games on the screen, but I wanted to see what separates the best players from the rest of them by watching it live to see what I could learn.

Incredible as it may sound, even if you didn’t know who he was and watched your first tennis match you would certainly believe that Nadal would win this match. You could feel his presence on the court and had this incredible confidence in his ability. The moment Rafa hits the ball for me, it was like wow! The power, control, timing and spin that he gets on the ball is incredible. All his shots were technically and biomechanically perfect. He is in complete control and can pinpoint his attempts to go exactly where he wants.

Rafa’s opponent was Laslo Djere from Serbia who is ranked 56th in the world. These guys are hitting the ball so hard for long periods. Laslo is an excellent player, but you could tell the difference. Rafa doesn’t give you an inch to breathe. You feel as if he’s continuously putting you under pressure, so when you hit a short ball, he dispatches it with ultimate ease.

There was one point where Rafa hit his forehand three times in a row into the same spot with full power. You see, anyone can hit the ball hard and win a point, but he does it so consistently and under enormous pressure. He won this particular point because he is mentally too strong for his opponents. The bullet-like shots keep coming, and if you are not on your game, the match will be over sooner than you think. It’s overwhelming for his opponents but great to watch as a fan.

On the other hand, I watched a women’s match between Sara Sorribes Tormo from Spain and Daria Gavrilova. The first thing I noticed was Sara’s serve. It was technically inefficient and mechanically wrong. She was unable to use her serve to win more points easier. What amazes me is that she qualified to play in the Australian Open 2021, but so far, no one who has coached her has addressed this and tried to change it yet. Maybe they have, but for whatever reason, she couldn’t improve this particular technique, or they think that it’s working well. The other parts of her game were excellent; otherwise, she wouldn’t be playing at that level.

There are so many variables that you must take into consideration when trying to be the best player in any sport. The best players in the world have very few weaknesses if any, and the others may have one or two things that inhibit them from taking on the best and beating them. In football, it is the same, and sometimes we may not have learned to perform a particular skill correctly, and that will always surface in the future when you are playing against the best. So, make sure that you get yourself the best coach that can teach all the skills precisely from a biomechanical and technical standpoint, as it will serve you well into the future. For yourself, make sure that you are well prepared when the opportunity arises.